You know who these couples are. You see them out to lunch, laughing and comfortable in each other’s presence, giving each other their full attention. 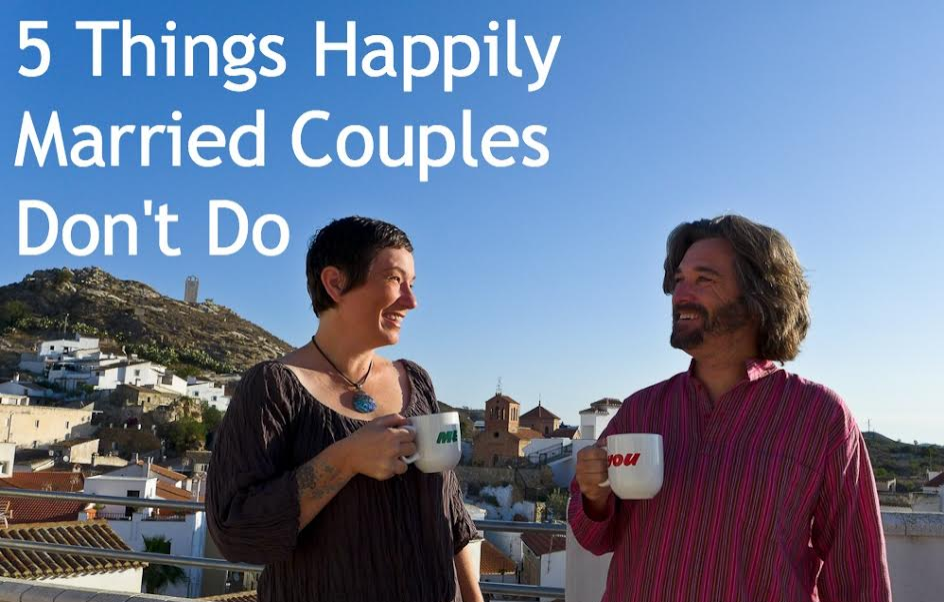 They are affectionate, even after years of togetherness. And they genuinely like each other; it’s as plain as the nose on your face.

You can’t imagine them not being able to solve a problem, overcome a crisis, or reach a goal together.

Do you want what they have? We did. And when we set off in 2010 to travel the world together, we weren’t sure how it would impact our good, but not great marriage.

Would the stress of long-term travel and constant togetherness make us stronger or break us?

Our ending is a happy one, and we’ve learned how to create a strong marriage to withstand everything from an erupting volcano to a fight over who’s turn it is to do the dishes.

But we’ve also learned what happily married couples don’t do from hundreds of examples around the world.

Let me present your “stop to-do” list for creating a stronger marriage.

They don’t let anyone else define their relationship

Their lifestyle, decisions, and goals are based on what they mutually want, not what they think looks good. They don’t bend to pressure to live a certain way, make a certain amount of money, or own certain things.

The life they create together is for their enjoyment and happiness, and they don’t seek approval from other people. Happily married couples know the only votes that count are from the people inside the relationship.

This is a time waster, and happily married couples know it. Instead of blaming each other or outside forces, they look at the problem and how they can solve it together. They know that blame is a circle of frustration because it doesn’t solve the underlying problem.

Happily married couples focus on solving problems instead of laying the blame.

They don’t look for hidden meaning

Reading between the lines and guessing games don’t appeal to happily married couples. They don’t create drama where there is none, and they don’t assign motives that aren’t there. They take their partner at their word, and they assume he or she is always coming from a good place. If there is confusion in what is said, they ask questions to clarify, not to inflame.

Happily married couples know that there are enough real problems in the world without creating fake ones.

They don’t take each other for granted

Expecting your partner to do something is okay; we all have jobs within a relationship. But not recognizing their contributions or thanking them can lead to taking each other for granted. People eventually feel like they are the only ones keeping the relationship alive, when that’s usually far from the truth.

Happily married couples say “please” and “thank you.” They acknowledge each other’s contributions to their relationship on a regular basis. They treat each other better than they do everyone else.

They don’t hide things from each other

Secrets and lies will explode a relationship just like a ticking bomb. If your spouse can’t know what you’re doing, should you really be doing it?

Happily married couples know that it’s better to have a difficult conversation about negative spending, eating, or personal habits than it is to lie or try to conceal. A strong marriage can work through problems, but only if both parties know about them.

There you have it: 5 Things Happily Married Couples Don’t Do. We’ve taken these lessons to heart and seen our relationship grow stronger despite the stresses that come with living, working, and traveling together full-time. If it can work for a 24/7 marriage like ours, it can work for anyone.

Warren and Betsy Talbot are the authors of Married with Luggage: What We Learned about Love by Traveling the World. Through their popular books, engaging weekly podcast, and revealing Sunday emails, they share the unconventional wisdom they’ve learned about living, working, and traveling together since 2010. Find out more about modern love and partnership at Married with Luggage.