618: ANATOMY OF A FEMALE ORGASM

“A woman’s orgasm is such a fragile thing. Dependent as much upon her mind as her clitoris.”—Megan Hart 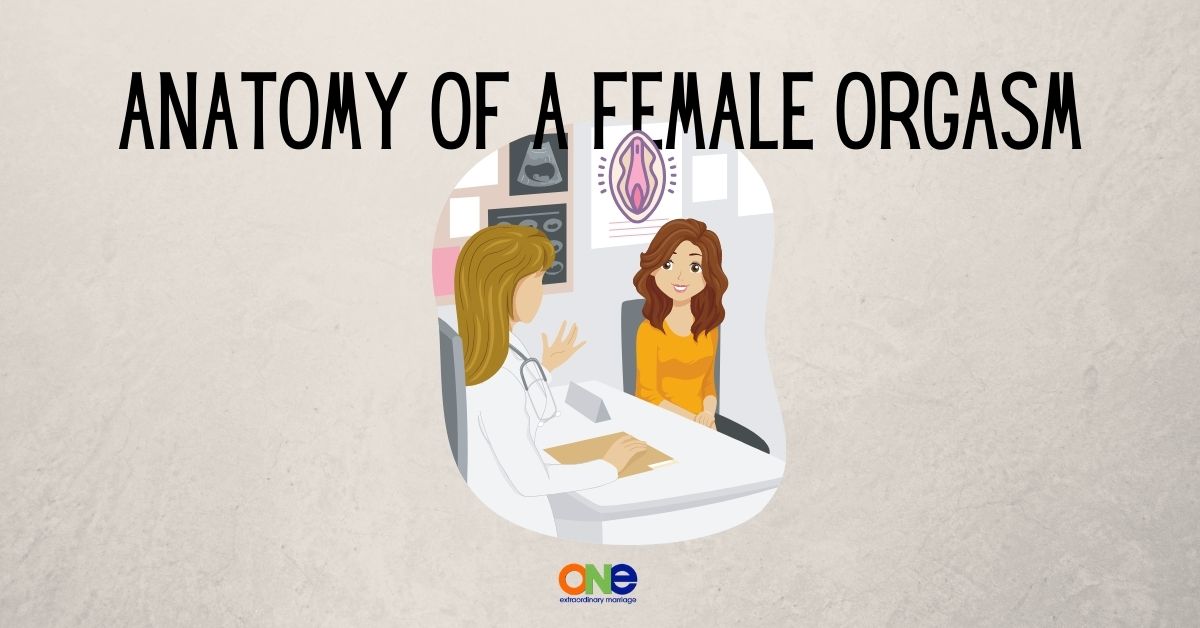 A woman’s body demonstrates arousal in a similar way to a man’s body and yet it’s not as visible. So when it comes to discussing the female orgasm it is a bit more involved.

Her orgasm is an interesting physiological process. It may not be as obvious as a man’s erection. In a man, it’s very clear when arousal and orgasm are happening.

The female orgasm… well let’s just say it’s not as obvious. Unless you know what to look for!

So let’s explore just how a woman experiences orgasm so you do know.

From the start, when stimulation begins, both men and women have reactions. These reactions continue from the start of arousal until you both reach orgasm.

When stimulation begins, both the labia minora and the clitoris darken and swell in size (sounds like an erection). Then the walls of the vagina begin to lengthen and lubrication begins. The time it takes to get to this point varies from woman to woman.

Next, the breasts begin to swell and the nipples become erect, while the labia can double in size from its resting state. The internal structure of the clitoris begins to lift up and the vagina continues to widen.

And then you have an orgasm.

All sphincters contract (urethra, vagina, and anus). There is also a feeling of rapid breathing and heart rate. For some, there are involuntary muscle contractions to release the tension that’s built up.

After it’s over, all systems return to normal. So a woman’s experience might not look like a man’s, but many of the reactions to stimulation are similar. You just need to give yourselves permission to explore your body to find out what works.

When you do, it will help you both experience your sexual intimacy at a whole new level.

Remember that marriage is the best sex-ed!

424: Anatomy of an Erection

Come As You Are