“Honesty is the fastest way to prevent a mistake from turning into a failure.”—James Altucher 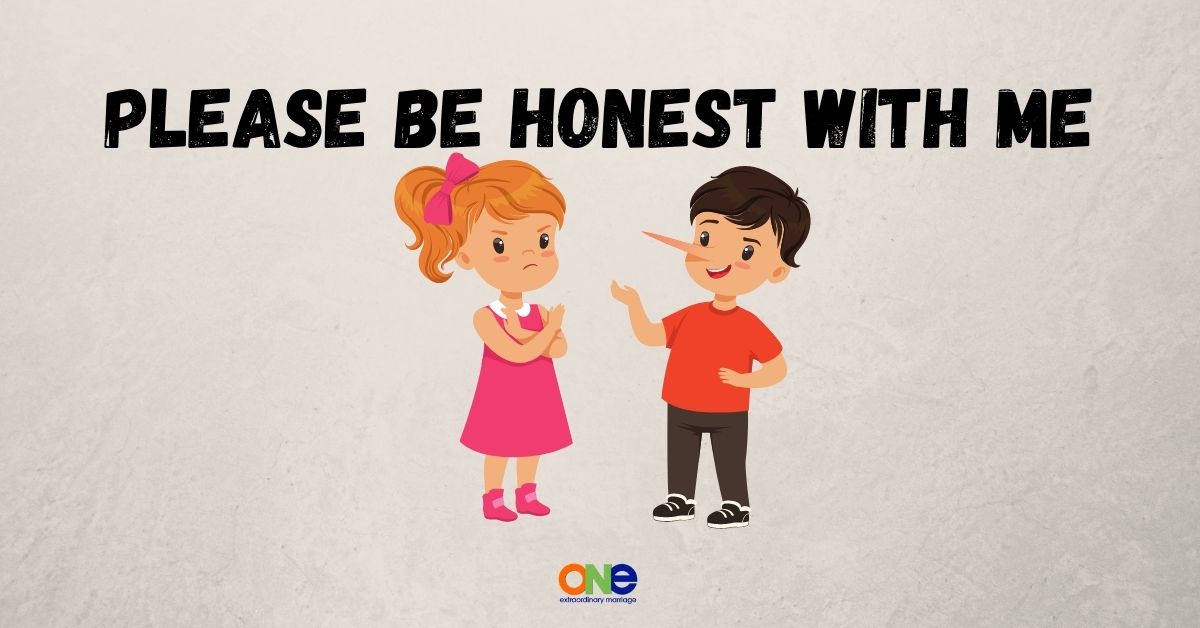 Honesty is a big word that carries a lot of weight. In your marriage, its presence or absence has a tremendous impact on the two of you and your marriage.

Being honest is more than just not telling a lie. It’s also about your actions. It’s about you speaking the truth and acting in a truthful manner.

There are times when it is easy not to tell the truth, and yet, that always comes at a cost. To yourself, to your well-being, and to all of your relationships.

That’s because, without honesty, the foundation of your marriage is sitting in quicksand.

Everything can quickly shift and you don’t know what’s real and what’s not.

You see this happening when there is emotional infidelity, physical affairs, financial circumstances, and addiction. Fear, shame, guilt, and uncertainty about the relationship are often the reason why one spouse doesn’t speak up.

The problem is that the longer that you chose to be dishonest, in words and actions, the more damage you do. The things you are trying to avoid are really the things that come true because of that behavior. It’s one of the few times when you create bigger issues by not saying anything at all.

It’s also important for you to remember that in the end, the truth always comes out.

It doesn’t matter how much you think you are keeping something a secret, it will come out sooner or later. Phones get left out, or messages show up on an iPad. It is always a “when” and not an “if” situation.

Think of it like a tiny, white snowflake. Those snowflakes pile up and can quickly turn into an avalanche that destroys everything in its path. This is why it’s so important to take action with the first statement or action.

If you are struggling to be honest in your marriage, know it’s time to get help. You might think you’re saving someone’s feelings, but in truth, you are destroying your marriage by not being fully invested in building it through honesty.