672: WHAT’S THE DEAL WITH MULTIPLE ORGASMS

“Unconditional love really does exist. And so do multiple orgasms.“ —Anonymous 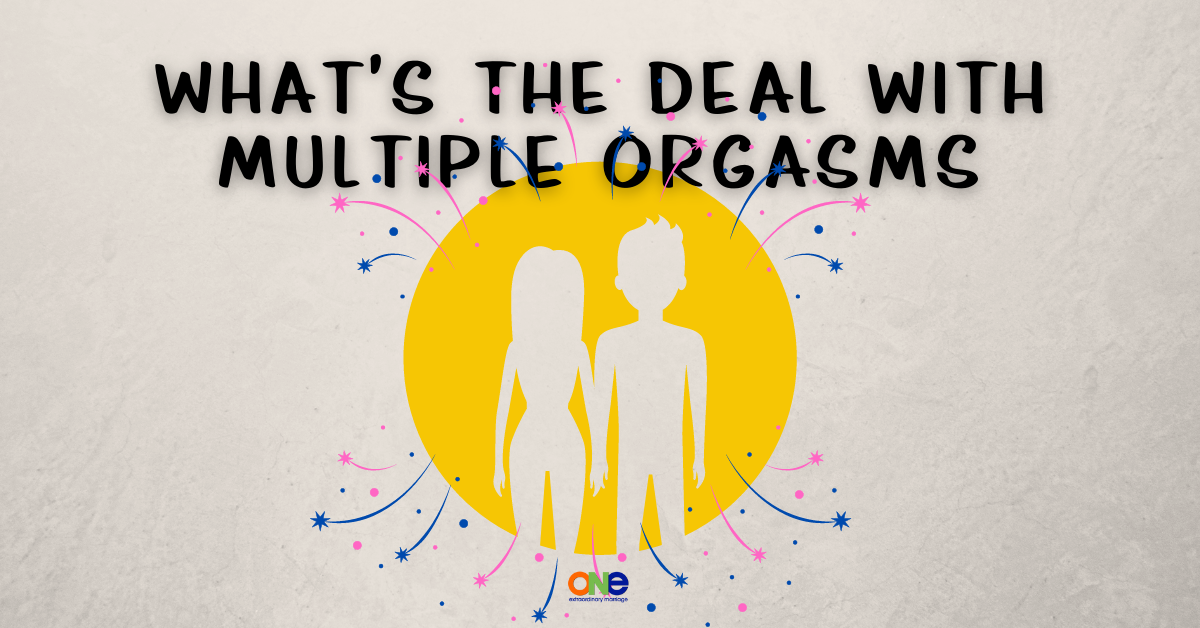 While many women say that they could have multiple orgasms, there is only a small percentage of men that say they have.

But why is this?

First, an orgasm is defined as “a climax of sexual excitement, characterized by feelings of pleasure centered in the genitals and (in men) experienced as an accompaniment to ejaculation.”

Now it’s estimated that somewhere around 95% of men regularly have an orgasm and approximately 65% of women do. But when you talk about multiple orgasms, it gets tricky.

Here’s why: for men, the refractory period, or time after ejaculation, where the body is flooded with hormones, does not respond to sexual stimulation.

That’s because refractory periods can be minutes to hours, which is why sometimes the mind can be willing but the body is not.

Women don’t have this refractory period, so having multiple orgasms can be more easily obtained for her.

Both women and men can have multiple orgasms, and yet there are different factors involved in that to happen.

Then there’s that minor problem of men being conditioned to think that orgasm and ejaculation are essentially the same things.

But guess what? They are not.

So if you want to have multiples, you need to change your mindset a bit and remember to be present… being in the moment is one of the most important factors.

You should also be open to different techniques in terms of pressure and movement to release that sexual tension.

It’s all about learning what works in your marriage, creating an environment where being emotionally and physically naked enhances who the two of you are.

443: The Honest Truth about the Female Orgasm

388: Should Orgasm be the Ultimate Goal