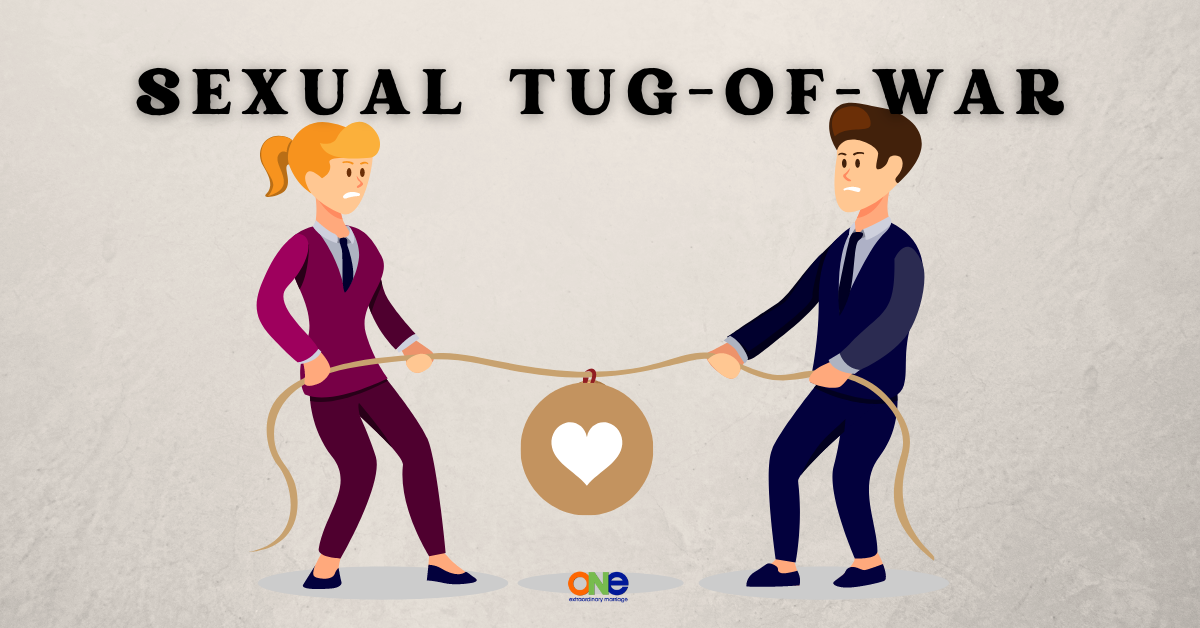 When you play tug-of-war, you know that someone is going to end up in the mud.

You also know that there’s going to be a winner and a loser.

So, if marriage is a team sport, why are we engaging in behavior that puts us on opposing sides, especially with sex?

Sex can be a HUGE tug-of-war in a relationship. Sexual tug-of-war happens for a variety of reasons, but what you may have not realized is that sex is another way to build a connection in your marriage.

However, if you don’t have the emotional intimacy to talk about it, your sexual intimacy will be sorely lacking. So what do you do?

Think about this… do you really want to drag your spouse through the mud? Do you want there to be power struggles in your marriage? Likely if you are reading this, the answer is no.

So start with the “why” behind this happening in your marriage. If there are unresolved hurts, you need to create a plan to address them. There can be a lot of reasons and you need to get honest about them.

It’s time to talk about the sexual intimacy in your marriage. This can be a challenge, because most people are not raised in homes where this is a topic of conversation. If you are having trouble getting started, then seek someone to help you get started.

In the same way, you can’t only focus on sexual intimacy and ignore the other five.

Don’t play sexual tug-of-war, get on the same team and face the challenges in your marriage, head on and together.